ag Fylkesnes is a PhD student, working at the HEMIL-center UiB. In her thesis she discusses multicultural challenges in relation to the Norwegian child welfare system, from the perspective of service users.

The populist radical right has emerged as the spearhead of a larger renationalization process directed against positions of global and European integration. Based on anthropological fieldwork in the postindustrial towns of Doncaster (South Yorkshire, UK) and the Hungarian town of Ózd in 2015, the paper examines the various historical, material and socio-economic factors in the rise of Ukip (United Kindom Independence Party) and the extreme right-wing Jobbik (Movement for a Better Future).

In their politics of fear, minorities and migrants are marked as posing cultural-religious threats to communal harmony and the nation-state. Through participant observation and interviews with Ukip and Jobbik politicians and supporters, the paper examines how knowledge about ‘threatening others’ is produced, circulated and contested.

Dr. Cathrine Thorleifsson holds a PhD in Social Anthropology from the London School of Economics and Political Science (2012). Her chief theoretical interests lie in anthropological approaches to the study of nationalism, migration, borders and xenophobia. 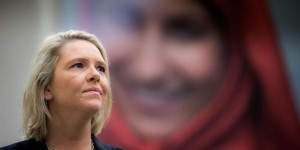